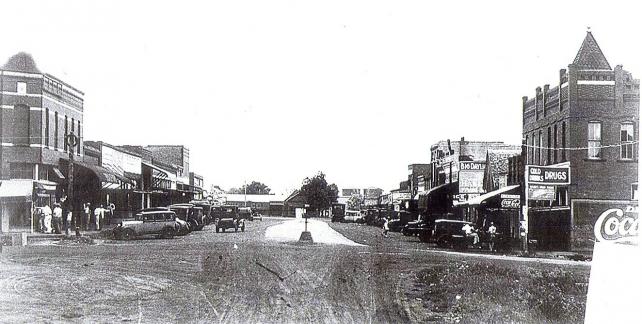 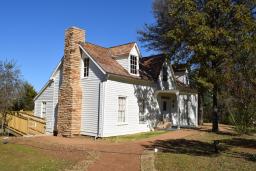 A native of South Carolina who came to Texas in the 1850's, Ralph Sandiford Man (1825-1906) was one of the founders of Mansfield. He built the original log portion of the this house for his family in 1866 and added the brick rooms and porch later. The original log room is covered with clapboard and not visible on the exterior. Of the 368 acres of Man's landholdings, twenty remain around the house. As the oldest documented house in Mansfield, and as the residence of a person of great importance in the city's history, the R. S. Man House appears to be eligible for the National Register. It received an Official Texas Historical Marker in 1977. 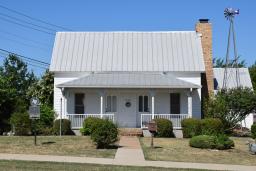 Joseph Nugent, a teacher and the second mayor of Mansfield, built this double-pen H-plan house for himself in the early 1890's. The house was sold by his widow several years after his death to in 1903. It went through a succession of owners until bought by Jonathan and Sally Hart in 1920. The house has received many additions and modification over its lifetime, but its character remains that of a Victorian residence. The front porch, with turned post and delicate jig-sawn tracery, is particularly fine. The house received an Official Texas Historical Marker in 1983, and appears to be eligible for the National Register on the basis of its architectural quality and historical associations. 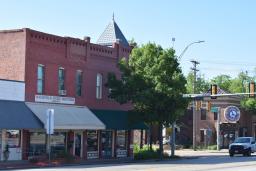 This large two-story brick structure was built for Dr. William B. McKnight in 1895. The Knights of Pythias Lodges was deeded the second floor in 1899. Dr. McKnight maintained an office at the rear of the first floor. A drug store occupied the front commercial space until 1938. Two years later, James S. McKnight purchased the second floor from the Lodge and converted it to an apartment. The McKnight building and the Masonic Lodge across the street are the two more impressive remnants of Mansfield's historic downtown and function as gateway structures to a potential Main Street historic district. It appears to be eligible for the National Register. This building is a registered Mansfield Historic Landmark. 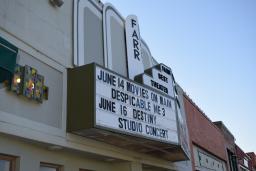 Built in 1917 by M. M. Farr, the theater showed silent movies until 1929. It was enlarged in 1936 to double the seating. The building is a registered Mansfield Historic Landmark, and was listed on the National Register of Historic Places in 1996. 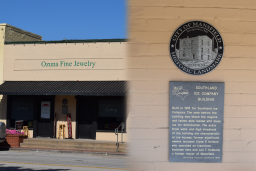 Built in 1915 for the Southland Ice Company, the building shows the uniquely thick walls and high threshold necessary to keep ice frozen through the Texas summers. Southland Ice Company got into the snack and drink business early on, and established business hours of 7am - 11pm (quite unusual). It later changed its name to the Southland Corporation, and adopted the name 7-Eleven for its snack and drink outlets. This building is a registered Mansfield Historic Landmark.

Great for when you need information on the go