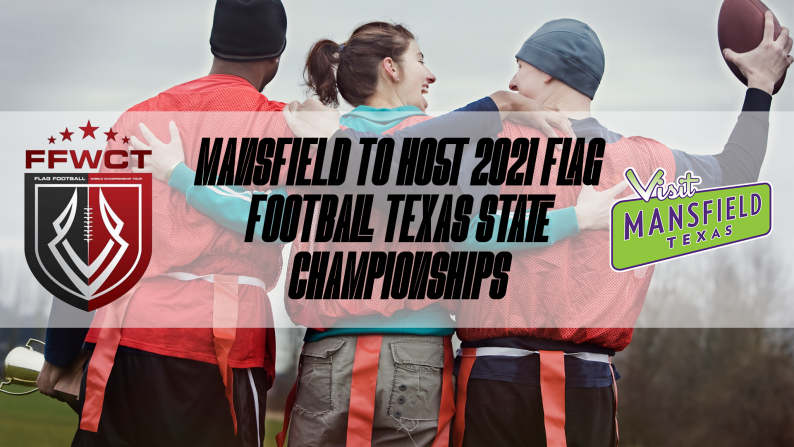 The sports complex has nine lighted baseball fields and eight soccer fields, five of which are lighted. Other amenities include a playground, three covered shade structures and concession/restroom facilities.

"Flag football is an exciting, growing sport that is accessible for people of all ages," said Tim Roberts the Marketing and Promotions Manager for Visit Mansfield. "We can't wait to host this tournament while highlighting everything that makes Mansfield such a perfect destination for sports."

Visit Mansfield is the official destination marketing organization for the city, marketing and selling to meetings, conventions, sports and tourism, and is responsible for increasing economic prosperity for Mansfield, its residents and our marketing partners. Mansfield has been awarded several awards for events from TFEA, TACVB and IFEA. Additionally, Mansfield was listed as the 17th best city to live by Money Magazine. Stop by for a visit and you will see why you Come for the Location and Stay for the Fun!

Founded in August 2015 as an event marketing company, the Flag Football World Championship Tour was built by two former players with creative, marketing and entrepreneurial backgrounds with a goal of uniting the sport of flag football under a single brand. We began by recruiting the top independent flag football tournament events in the nation to agree to partner under the FFWCT umbrella, allowing us to bring major sponsorship value to the events collectively and better market the events to players nationwide.